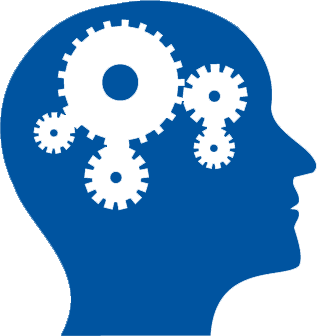 It’s October, which can only mean one thing: it’s FINALLY spooky season! Yes, that’s right, dear reader; I am indeed one of those cringe millennials who celebrates the spooky atmosphere as much as possible. This year, I’m aiming to inject a new type of spookiness into my world. About a year ago, I shared how I was learning to crochet. I’ve learned (and failed) a lot since then, and one of my goals for spooky season is to make some Halloween-themed crochet critters!

While it sounds easy – “oh, just make a ghost! Or a witch!” – it’s a little bit more complicated for one such as I. I’m one of those people who need a pattern to follow. Some people, like my sister-in-law, can look at an object, visualize how they would create a crochet version of it, and then just freehand it like BAM! At this point in my crafting life, I’m nowhere near that skillful and need to follow a pattern that someone else has written out. So first, I researched different patterns of critters that I might be interested in making, like Oogie Boogie from A Nightmare Before Christmas, a Frankenstein’s monster jellyfish, etc. Then, I compared patterns. Patterns can be written in all sorts of ways, so it was important that I find ones that I understood. Once I had that sorted out, it was time to begin crocheting!

Or was it? As I pondered which piece to make first, I started thinking about creating pieces with a spooky twist. For example, I’ve loved the Pokémon franchise since I was a kid, and my nephew recently became obsessed with the show (I am a good influence, as you can tell). So to celebrate spooky season, I figured that I could make a Bulbasaur…but with a pumpkin on its back instead of its usual bulb!

My next step, after locating and choosing Bulbasaur and pumpkin patterns, was to set a goal for myself. With a full-time job, it can sometimes be hard to find the motivation to do something fun when you feel like you just don’t have the time. But crocheting is something that relaxes me (and frustrates me to no end, which makes for a lovely paradox), so I knew that making time for this hobby was important. Knowing myself, I decided to set some weeklong goals. For example, I wanted to create each piece of the project (e.g., head, body, legs, pumpkin, etc.) in a week’s time. Crocheting is something I can typically do while the TV is on or if I’m listening to a podcast, as the background noise helps me to better focus. My next goal was to sew all of the pieces together in 2-4 days. Sewing is probably my least favorite part of crocheting…mostly because it’s so difficult and time-consuming. My sewing technique has gotten better recently, but this is definitely a step that takes a lot of my concentration. For example, this is NOT something that I can do while watching House of the Dragon, nor is it something that I can do at night; natural light makes it a lot easier for me to see what I’m doing. So knowing those limitations, I set a goal to sew everything together in less than a week’s time. That meant that most sewing took place on the weekend when I’d have longer blocks of time to attend to my darning needle.

So you might be wondering: did she succeed? Is her apartment filled to the brim with spooky critters? Well, yes and no. I’m writing this at the end of September, so I still have quite a way to go. But I can update you about my little pumpkin Bulbasaur! After crocheting his head, I ran into a problem – where should his eyes go? It sounds like a silly question, but this was the first time that I was making a critter that stood on all four as opposed to sitting on its butt, which impacted the angle and location of its head. I ended up placing the eyes in the wrong spot, but I didn’t let that discourage me! Okay, maybe it discouraged me a little. I managed to find a workaround, though. After that, I somehow made one ear almost twice as big as the other! Honestly, I have no idea how that happened. Maybe some ghost came and messed up my stitches. Regardless, I made a new ear that was the proper size. Once all of the pieces were made, it took forever to sew them together. Well, okay, maybe not forever, but it took a few hours to get that darn pumpkin sewed on.

Are there things that I could have done better? Absolutely. Am I proud of this little guy? You bet. You don’t magically become better at a new skill overnight, and I’ve come a long way since I first started crocheting. We still have weeks to go in spooky season, and I’m excited to continue making scary critters!